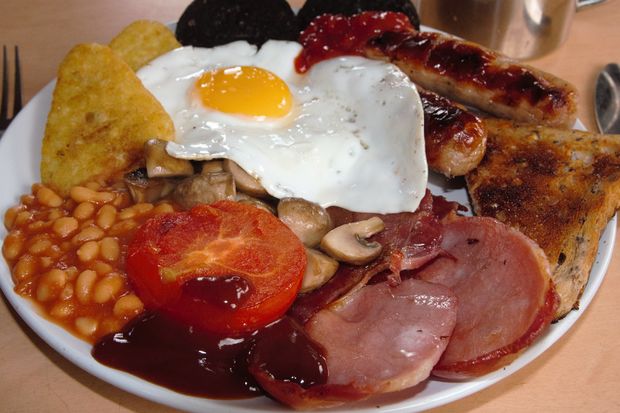 I regret to say that this will be the last diary in this form. The immediate reason for this is that I have other engagements on the next two Saturdays which will preclude my being able to do diaries, but above that is the fact that compiling these has stopped being fun and become a chore.

Just as in the UK, 2017 has been a year of governmental non-achievement. The incompetent bunch of crooks, ideologues and nitwits who occupy the nation’s highest offices huff and puff but all they’ve actually managed to do to the law is cancel some regulations which threaten the pecuniary interests of some of their donors. While this is perhaps a relief given what they would like to have done if they could muster the votes, it doesn’t make for riveting pundit commentary.

Also, there is something faintly impolite about a foreigner spending his time compiling collections of articles from foreign papers which effectively say that POUTS is a malevolent idiot. I have very little time for Theresa May, prime minister of my country, but my appetite for articles by Americans about how useless she is can be slaked pretty quickly, so I feel mildly uncomfortable at shoving such stuff about the bum in the White House down your throats.

So I haven’t done much fossicking about to find stuff, and I’m only going to bring you two pieces before shutting down.

The first is a piece by Prof Stephan Bierling, which examines the history of US isolationism and points out that as yet, POUTS has not lived up to his own rhetoric:

The centenary of Wilson’s epoch-making speech in spring 2017 coincided with the beginning of a presidency that promised to break with all four foreign policy principles of 1917: promoting democracy, free trade, multilateral organizations and American leadership. If Trump were a competent president resolutely pursuing his foreign policy strategy, he could have ushered in a new era. One year after his election, however, it shows that he is hopelessly overwhelmed by his office: content, intellectual, moral, emotional. Trump does not seem to know what he’s doing most of the time, does not know elementary principles of governance, constantly changes topics and consultants, and creates new problems for himself.

Given the president’s lack of leadership and indiscipline, hopes are centered around the weight of the status quo worldwide. For the past seventy years, the United States has been too deeply interwoven militarily, politically, and economically globally for Trump to destroy this with a few tweets. No American president, no matter what he believes in on the campaign trail, finds a tabula rasa. Troops are deployed abroad, contracts are valid law, trade relations established, dangers do not disappear, just because you know nothing about it.

Although a president has far-reaching powers in foreign affairs, he can only make a radical change in direction if he uses his most important weapon: the bully pulpit. Trump has turned out to be a miserable seller of his own revolution. Congress corrects his allegiance to Russia, courts override his immigration decrees, states and cities are committed to Paris climate targets. The government’s foreign policy debates are now dominated by its security adviser HR McMaster, Defense Secretary James Mattis and Chief of Staff John Kelly: three experienced generals and declared internationalists. Two key advocates of Trump’s nationalist agenda, Kremlin-friendly security adviser Michael Flynn and anti-intervention chief strategist Steve Bannon, have lost the power struggle and left the government.

All this does not mean that Trump has embarked on a classic foreign policy course. With his fight against free trade, the climate deal and immigration, he tries to keep his most diehard supporters on the line: white, ill-educated men who have made him president in states like Michigan, Wisconsin, Pennsylvania, and Ohio. But in many questions, the line of past decades is increasingly prevailing. Nafta is not terminated, but renegotiated, China is not accused of currency manipulation, international cooperation is no longer taboo, since the President has to learn in the North Korea conflict that there are problems that can not be solved with brute slogans. Even Nato considers Trump again an important organization.

His change of course is most apparent in the use of the military. After his election, he had said that the “policy of intervention and chaos” must come to an end. However, unlike the dithery Obama, Trump ordered a military strike in April against a Syrian air base from which Assad regime aircraft had flown another chemical weapons mission. And after years of demanding immediate withdrawal from Afghanistan, he announced at the end of August that he would follow his generals’ wishes for a troop increase.

A departure from promised isolationism and unilateralism is in Washington’s very core interest – and as Winston Churchill once ridiculed, the United States always does the right thing after exhausting all other options. Because the relative power of America in the world is decreasing and the dangers are growing: Russia modernizes its nuclear long-range missiles, breaks the INF treaty on the scrapping of all medium-range missiles and marches into neighboring states, North Korea develops carrier systems that can direct nuclear warheads on American territory, China The sovereign zone in the South China Sea is ruthlessly expanding, the Taliban and IS are on the rise in Afghanistan, Russian and Chinese hackers are attacking government databases almost every day, and Moscow is attacking the presidential campaign with data theft, manipulation and misinformation. Climate change is threatening agriculture in California and the southwest as well as the existence of that part of Florida that is still afloat.

All these threats can be dealt with by the United States on its own worse than in the Alliance. The biggest weight with which they have been able to thrive since their entry into world politics was the large number of alliance partners in all regions of the world. This should continue to be America’s strongest weapon. Who can rivals like Russia or China already have as allies? North Korea, Venezuela, Cuba – the list will not be much longer. A modified internationalism with a stronger division of military and political burdens with the allies and a less interventionist democracy promotion still commands a majority in Congress as well as in the population. Wilson’s foreign policy legacy of a worldly mix of realism and idealism does not disappear overnight. Not because the rest of the West wants it, but because the security and prosperity of the United States requires it.

This is a point which is not in fact confined to the present administration.  Were a magic wand to be waved and Hillary Clinton or any other Democrat installed as the new President, the rest of the world would breathe a sigh of relief at least in part because they would now know that the USA is returning to behaving predictably, in accordance with its collectively-assigned role in world affairs.

Which could be dangerous. The internal forces which led to Brexit and Trump may have been fanned by Russia, but Russia couldn’t have fanned a flame which wasn’t already alight. As and when the shitgibbon’s regime is dismantled, the fatal mistake would be to think that we’re just returning to conventional business: ignoring the discontent amongst the populace is simply going to make it more likely that another idiot demagogue can seize power. And what is deeply worrying is that people on the left have very little to offer beyond free stuff and giveaways which no-one believes they can really deliver.

However mendacious “Make America Great Again” was as a campaign slogan, it had an undeniable appeal. I have seen nothing from any Democrats or Independents who caucus with Democrats to match it. While chaos and incompetence continue as the hallmarks of Republican government, the lack of something inspirational to attract people to the Democrats may be somewhat less serious as a problem, but it goes deeper than finding slogans.  What is the actual purpose of liberalism and social democracy? No, I’m not going to attempt to answer that, but the Democratic Party needs to.

The other piece to bring to your attention is that by Patrick Cockburn, discussing how regime change in Saudi Arabia plus POUTS’s incompetent crew is a combustible brew:

The great danger in the Middle East today is that Crown Prince Mohamed bin Salman and Jared Kushner appear to have a skewed and unrealistic understanding of the world around them. Inspector Clouseau seems to have a greater influence on Saudi policy than Machiavelli, going by the antics surrounding the forced resignation of Saad Hariri as Prime Minister of Lebanon. This sort of thing is not going to frighten the Iranians or Hezbollah.

The signs are that Iran has decided to go a long way to avoid confrontation with the US. In Iraq, it is reported that it will support the re-election of Abadi as prime minister which is also what the US wants. Iran knows that it has come out on the winning side in Iraq and Syria and does not need to flaunt its success. It may also believe that the Crown Prince is using anti-Iranian nationalist rhetoric to secure his own power and does not intend to do much about it.

Nobody has much to gain from another war in the Middle East, but wars are usually started by those who miscalculate their own strengths and interests. Both the US and Saudi Arabia have become “wild cards” in the regional pack. The sort of Neo-con and right-wing think tankers, who in 2003 were saying that a war with Iraq would be a doddle, are back in business in Washington, pushing for war with Iran – and are stronger than ever.

The wars in the Middle East should be ending, but they could just be entering a new phase. Leaders in the US and Saudi Arabia may not want a new war, but they might just blunder into one.

I’d like to think this column will be missed, but my life is moving on and I can no longer deal with spending the whole of my Saturday afternoons and evenings combing the press for articles about the despicable deplorable which occupies the Orange House.

I intend to keep doing a Sunday morning diary at the Squirrel Village, which will often be a cut-down version of the old format (much as this is), but may also be a rant or something completely irrelevant. It will be aimed at squirrels and will therefore possibly contain material uncomplimentary about Bozo Sanders, Nomaiki Sense, Susan Saranwrap and the panoply of Berniebores, but I’d be happy to publish it here as well if anyone wants me to.

Either way, I’ve enjoyed doing these diaries for the last 18 months or so, and I hope you’ve enjoyed the last few months of them.