Along the salmon spawning creeks and rivers of the west coast, winter is spawning time for salmon and gorging time for eagles. And it is great for us as well to watch them play out their age old sustenance routines in their natural habitat.

These relationships were crystal clear to Northwest Coast Indians who featured these two icons in much of their art and totem creations. 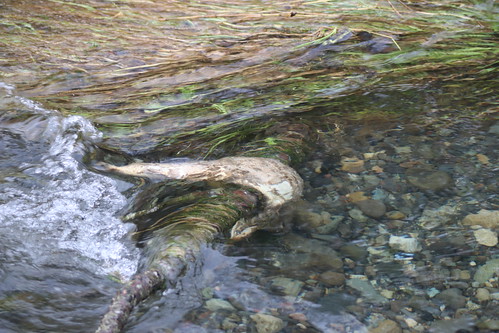 Walking past the hatchery fish ponds we followed some paths through saplings that took us to  Kendall Creek.  Close to the creek we came up on this eagle. It was up quite close and we were able to observed it partaking of a fine seafood lunch. It was maybe 20 yards away and about at our eye level. Typically they are high up in the trees. This bird however was quite intent on finishing its lunch and paid us no mind. At first we saw him picking away at something that turned out to the salmon that he nailed to the limb by its talon. 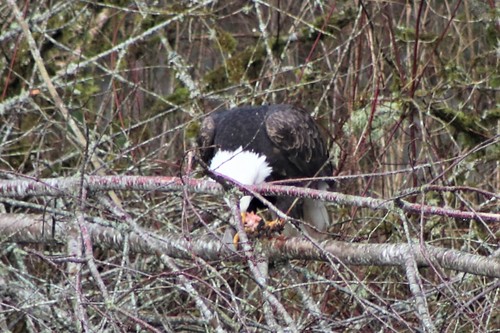 As we watched it picking away it came up with a mouth full. Oh yes and he was enjoying a big gulp of salmon. 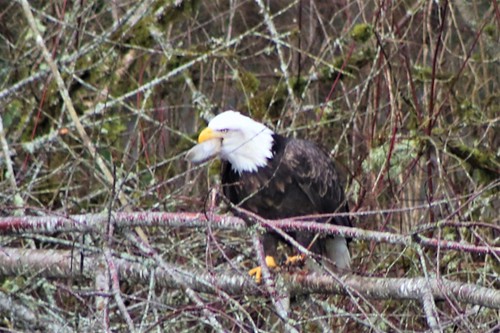 And finally, he decides to take the rest of it in one final big gulp with the tail sticking out of his mouth. 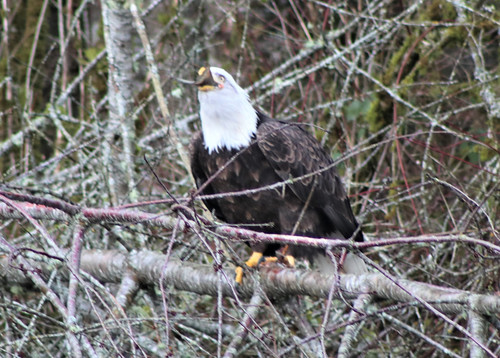 He ate the whole thing! 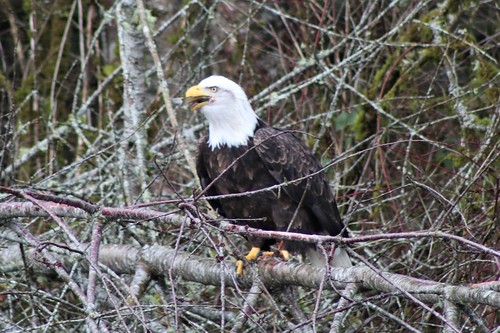 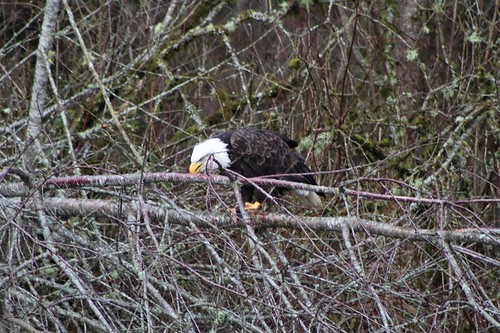 Then he hunched over trying to choke it all down. 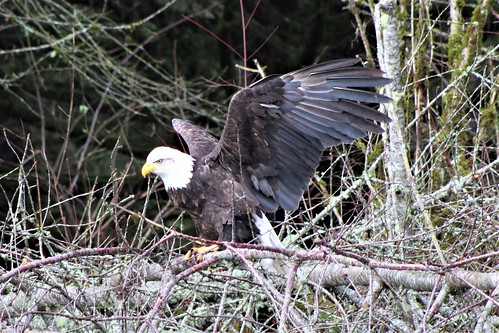 After finally devouring the whole salmon and getting it down his gullet, he decides to go in search of a roost to let it all settle and digest and to make room for dinner. 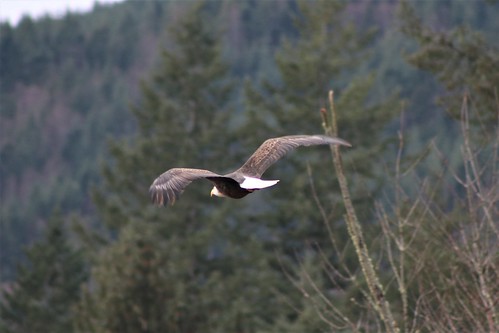 Off he goes, but not too far. 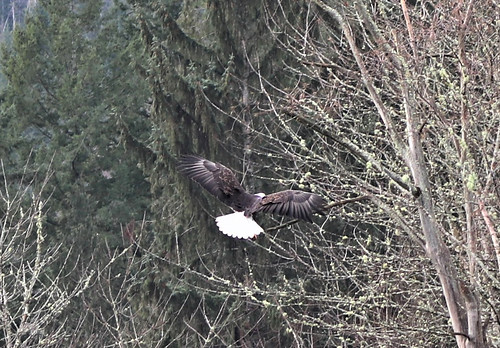 He finds a nice dead branch in a mossy tree. 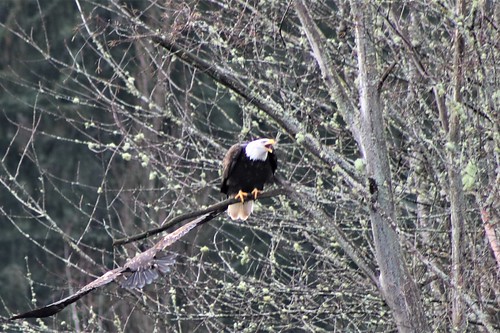 And immediately he starts with whistling vocalizations directed at something in the distance. 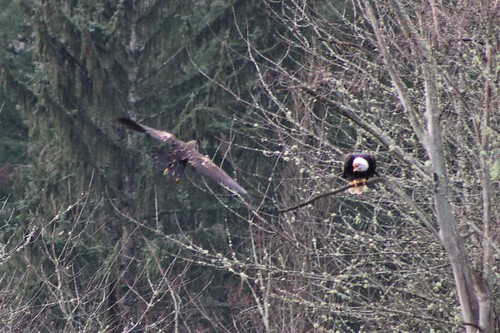 Clearly the noise was warning a juvenile coming his way. Wisely, the juvi just kept going. 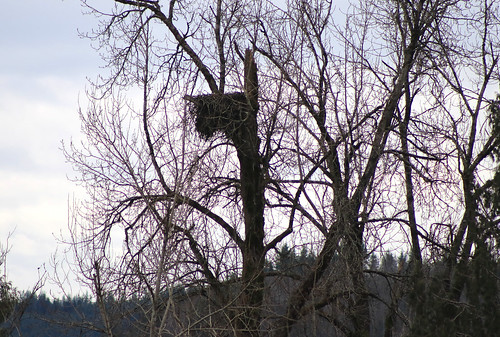 The local aerie a short way down river.

Before we left I had to see one of my favorite birds, the American Dipper (Cinclus mexicanus). They are always found along Kendall Creek as it matches perfectly the description of the Dipper’s typical habitat. They are found solely along rushing streams of the west, including some in mountainous Mexico. They forage in rocky streams with overhanging banks and brush.  They perch on a rock or branch at stream level and periodically dip their head in the stream looking for food. When they see something, they dive in to get their food by swimming and walking on the rocky bottom. They are the only song bird that is truly aquatic. 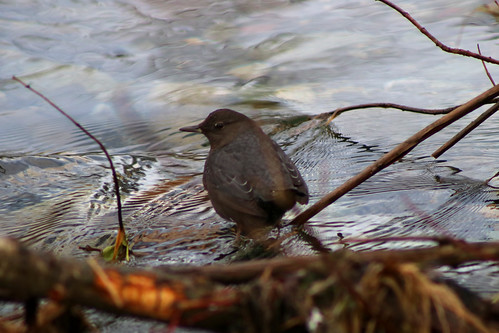 American Dipper waiting for his next dive into the creek.

To be able to survive in cold waters during the winter, the American Dipper has a low metabolic rate, extra oxygen-carrying capacity in its blood, and a thick coat of feathers.

I hope you enjoyed our lunch with this majestic critter. I am sure he enjoyed it. I wonder how many more he would eat that day.