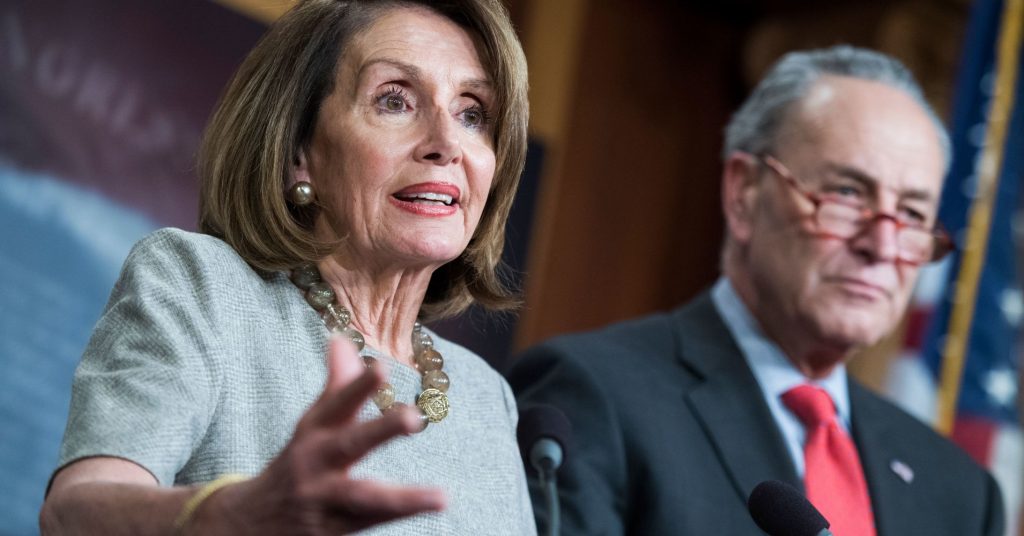 “The President’s unlawful declaration over a crisis that does not exist does great violence to our Constitution and makes America less safe, stealing from urgently needed defense funds for the security of our military and our nation. This is plainly a power grab by a disappointed President, who has gone outside the bounds of the law to try to get what he failed to achieve in the constitutional legislative process.

“The President’s actions clearly violate the Congress’s exclusive power of the purse, which our Founders enshrined in the Constitution. The Congress will defend our constitutional authorities in the Congress, in the Courts, and in the public, using every remedy available.

“This issue transcends partisan politics and goes to the core of the Founders’ conception for America, which commands Congress to limit an overreaching executive. The President’s emergency declaration, if unchecked, would fundamentally alter the balance of powers, inconsistent with our Founders’ vision.

“We call upon our Republican colleagues to join us to defend the Constitution. Just as both parties honored our oath to protect the American people by passing the conference committee bill, the Congress on a bipartisan basis must honor the Constitution by defending our system of checks and balances.

“The President is not above the law. The Congress cannot let the President shred the Constitution.”

Newspaper reactions to the national “emergency” declaration are here.

Speaker Pelosi. Good afternoon, everyone. Thank you for coming later in the day.

I served with him and served with his father, two different parties, his father a Democrat, Walter a Republican, but both of them Southern gentlemen, patriotic Americans, both of the Joneses, and certainly Walter Jones and John Dingell.

Today is also a day of sadness because it marks the one year anniversary of the Parkland tragedy of gun violence. One year ago, America’s heart was broken by the horrific act of violence in Parkland, Florida. Today, we remember the seventeen lives that were stolen from us then.

I am very pleased that last night the House Judiciary Committee, under the leadership of Jerry Nadler and with the full participation of our Members, took a strong step to end the epidemic of gun violence, and they advanced H.R. 8, the bipartisan, commonsense background check legislation.

Our committees are hard at work. I am very proud of our freshmen. I think I’ve said to you before that in this freshman class we have eighteen Chairs of Subcommittees. To contrast that to another historic freshman class, the Watergate babies, when they came in with all of the size and enthusiasm that they did, they didn’t have one Subcommittee Chair in the first year that they took office. So we are very proud that eighteen of them have gavels.

By all accounts from our Chairmen, they come enthusiastic, well-prepared, all of the Members but especially, of course, our Subcommittee Chairs.

So, that’s real progress, I think, for us to have left it to the appropriators to make the decisions, come up with a bicameral, bipartisan bill that we can overwhelmingly support. But at the same time, we are working on our For the People agenda.

Our second point in the For the People agenda was to lower health care costs, bigger paychecks by building the infrastructure of America. And, again, last week, the Transportation and Infrastructure Committee held a hearing with representatives of the private and public sector, the mayor of Los Angeles representing our nation’s mayors, Governor Walz representing our governors and others participating there.

And we’ve already had an outside-of-Washington hearing under the leadership of Marcia Fudge in Brownsville, Texas, with great participation from our Members, including our distinguished Whip, Mr. Clyburn, participating.

Again, part of our H.R. 1, 2, 3, the first ten resolutions of the House, the first ten bills, we are very pleased how we are advancing the For the People agenda, but, also, H.R. 8, the gun violence prevention bill. Probably – I think they may have reported out two. Scheduled to report out two: that bill and then Mr. Clyburn’s initiative on a fix for South Carolina, which has bipartisan, bicameral support.

Just a word further on the agreement that we will be voting on later today. In addition to the pieces on Homeland Security, which are very important – and, by the way, the Homeland Security budget is a big budget. It’s not just about the Mexico border. It’s about icecutters off of Alaska and other parts of our border that are not necessarily just the southern part. And I am very pleased that some long advocated for pieces are now in that budget as well. So, when you talk about the size of the budget, it’s broader than the U.S.-Mexico border.

But the bill that we will be passing is a long overdue pay raise for federal employees, to make them on a par with military employees, as they had always been; an additional $1 billion for the Census, to combat the Administration’s assault and to ensure a fair, accurate count; $3 billion to keep communities safe by combating the opioid epidemic and hiring more police officers; $17 billion to rebuild America’s infrastructure; billions of dollars in support of small businesses; more than $9 billion to protect clean air, clean water and public lands; $9.1 billion in security assistance for our allies; and $7.4 billion for global health and nutrition assistance.

So this is a very important legislation, the six appropriations bills that were agreed to and not as controversial, and then the Homeland Security bill, which produced the result that, today, we will keep government open. And that’s very important for the American people. But we will also, as we do so, protect our borders and protect our values.

Pelosi Statement on One Year Since Parkland Shooting

“One year ago, America’s heart was broken by the horrific act of brutality and violence in Parkland, Florida that stole 17 precious lives. The unspeakable tragedy at Marjory Stoneman Douglas High School tore apart a community, shattered lives and remains seared into the consciousness of our nation.

“Tragically, gun violence remains an epidemic in our country, stealing the lives of nearly 40,000 Americans last year, including 47 children and teenagers every single day. We must continue to turn our pain and heartbreak into action, and draw strength from the untiring persistence and courage of the survivors and millions of young people across America who are marching and mobilizing to say, ‘Enough is enough.’

“Inspired by the fearlessness of these young Americans, the Democratic House is taking long-overdue action to end the daily horror of gun violence. Last month, Democrats introduced H.R. 8: bipartisan, commonsense universal background checks legislation that represents the will of the American people. Last night, Democrats advanced this vital legislation through the Judiciary Committee. We will bring this bill to the Floor and pass H.R. 8 in honor of the victims and families of Parkland and every community devastated by gun violence. We will move forward with strength and purpose until all our children and our communities are finally safe.”

Meanwhile, the fallout from the Republican #TaxScam continues.

As Americans file their taxes in the first full year since the GOP Tax Scam has taken effect, working families are experiencing a rude awakening in their tax returns – and new frustration with the promises of the GOP:

Washington Post: Millions of Americans could be stunned as their tax refunds shrink

Millions of Americans filling out their 2018 taxes will probably be surprised to learn that their refunds will be less than expected or that they owe money to the Internal Revenue Service after years of receiving refunds.

People have already taken to social media, using the hashtag #GOPTaxScam, to vent their anger. Many blame President Trump and the Republicans for shrinking refunds. Some on Twitter even said they wouldn’t vote for Trump again after seeing their refunds slashed.

“It totally feels like a scam,” said Prugh, who did not vote for Trump. “I did still get a small refund, but compared to what I was expecting from previous years, it was shock.”

The average tax refund check is down 8 percent ($170) this year compared to last, the IRS reported Friday, and the number of people receiving a refund so far has dropped by almost a quarter.

Once again, American families are feeling the reality behind the empty promises of the GOP Tax Scam.

More reactions at the link.