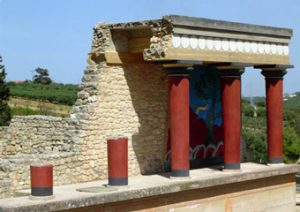 END_OF_DOCUMENT_TOKEN_TO_BE_REPLACED

President Obama spoke to the 2016 graduating class at Howard University on Saturday in what will likely be considered one of his most significant speeches. It was a call to not only the Howard graduates but to all young people in America to embrace these times and work to advance small d democracy.

The point is, you need allies in a democracy. That’s just the way it is. It can be frustrating and it can be slow. But history teaches us that the alternative to democracy is always worse. That’s not just true in this country. It’s not a black or white thing. Go to any country where the give and take of democracy has been repealed by one-party rule, and I will show you a country that does not work.

And democracy requires compromise, even when you are 100 percent right. This is hard to explain sometimes. You can be completely right, and you still are going to have to engage folks who disagree with you. If you think that the only way forward is to be as uncompromising as possible, you will feel good about yourself, you will enjoy a certain moral purity, but you’re not going to get what you want. And if you don’t get what you want long enough, you will eventually think the whole system is rigged. And that will lead to more cynicism, and less participation, and a downward spiral of more injustice and more anger and more despair. And that’s never been the source of our progress. That’s how we cheat ourselves of progress. […]

Change isn’t something that happens every four years or eight years; change is not placing your faith in any particular politician and then just putting your feet up and saying, okay, go. Change is the effort of committed citizens who hitch their wagons to something bigger than themselves and fight for it every single day.

… your plan better include voting — not just some of the time, but all the time. It is absolutely true that 50 years after the Voting Rights Act, there are still too many barriers in this country to vote. There are too many people trying to erect new barriers to voting. This is the only advanced democracy on Earth that goes out of its way to make it difficult for people to vote. And there’s a reason for that. There’s a legacy to that.

But let me say this: Even if we dismantled every barrier to voting, that alone would not change the fact that America has some of the lowest voting rates in the free world. In 2014, only 36 percent of Americans turned out to vote in the midterms — the second lowest participation rate on record. Youth turnout — that would be you — was less than 20 percent. Less than 20 percent. Four out of five did not vote. In 2012, nearly two in three African Americans turned out. And then, in 2014, only two in five turned out. You don’t think that made a difference in terms of the Congress I’ve got to deal with? And then people are wondering, well, how come Obama hasn’t gotten this done? How come he didn’t get that done? You don’t think that made a difference? What would have happened if you had turned out at 50, 60, 70 percent, all across this country? People try to make this political thing really complicated. Like, what kind of reforms do we need? And how do we need to do that? You know what, just vote. It’s math. If you have more votes than the other guy, you get to do what you want. (Laughter.) It’s not that complicated.

And you don’t have excuses. You don’t have to guess the number of jellybeans in a jar or bubbles on a bar of soap to register to vote. You don’t have to risk your life to cast a ballot. Other people already did that for you. (Applause.) Your grandparents, your great grandparents might be here today if they were working on it. What’s your excuse? When we don’t vote, we give away our power, disenfranchise ourselves — right when we need to use the power that we have; right when we need your power to stop others from taking away the vote and rights of those more vulnerable than you are — the elderly and the poor, the formerly incarcerated trying to earn their second chance. 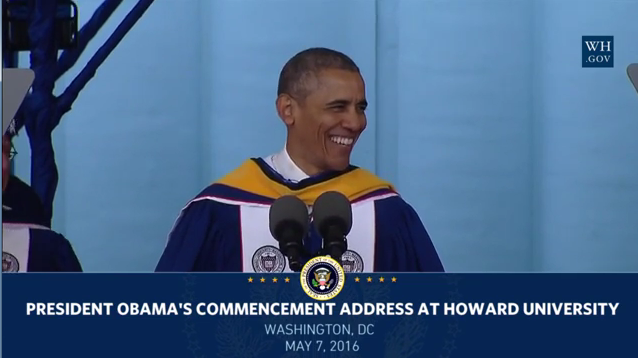 Full text of speech below …

END_OF_DOCUMENT_TOKEN_TO_BE_REPLACED

As our country begins the process of electing our next president, and the members of the 115th Congress, the right to vote is still not settled. It is important to remember that protecting the franchise is the only way to insure that citizen’s voices are heard and that we have a say in electing our representatives. 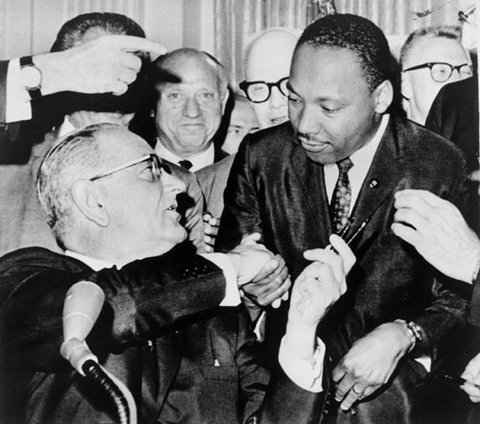 The new law of the land:

SEC. 2. No voting qualification or prerequisite to voting, or standard, practice, or procedure shall be imposed or applied by any State or political subdivision to deny or abridge the right of any citizen of the United States to vote on account of race or color.