The Village News & Views October 25, 2017
Wednesday Get Over the Hump Free for All 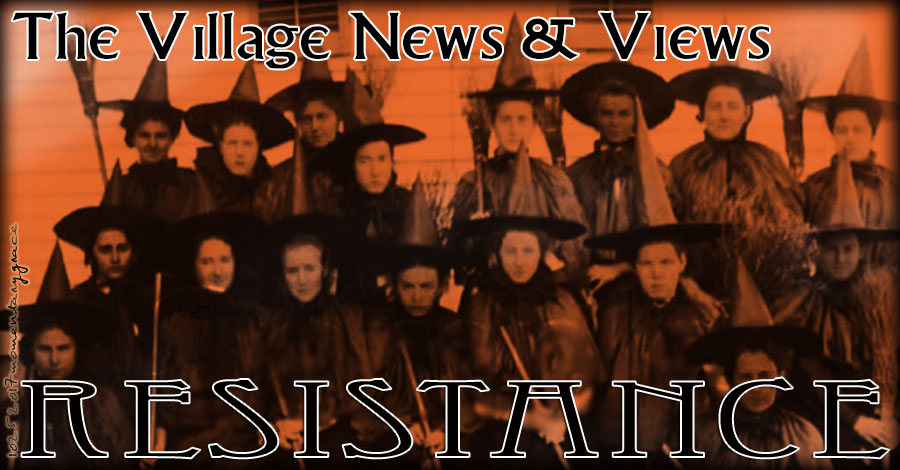 Greetings, Village Meese. It’s Day 279 of the Resistance and time for another Get Over the Hump post and discussion thread.

In one week it will be November first, and we will be sadly out of the season of Halloween. I pondered what to use as my thought object for today’s post and decided I could not miss the chance to draw your attention to yet one other thing associated with Halloween. Sometimes considered a monster, predominantly characterized as evil, yet perhaps the single most enduring image and standard Halloween costume for little girls, older girls and women of all ages… no, not a princess.

You already know I am talking about the original Nasty Woman. The Witch.

I will not attempt to explore the archetype, idea and character of The Witch in any satisfying way, but merely to evoke her in your imagination, and let that magical process do most of the rest of the work.

After all, Imagination is the bedrock component of spellwork and witchcraft, along with secrecy, and intent.

Although witches have been slightly rehabilitated and a serious attempt has been made to reclaim The Witch in the name of feminine empowerment, after centuries of relentless effort on the part of those who present her as a monster, this image cannot be undone in a mere few decades. It is possible that it will not be undone until such time as women are no longer considered chiefly objects, servants, and of less worth than their male counterparts by none but a pathetic minority. However that time is not yet nigh.

Until women are seen by the majority of people as full human beings, The Witch will be a convenient image of ugliness, evil, the feminine become threatening, poisonous and castrating.

At the same time, for the same duration, however, The Witch will be the original figure of feminine Resistance. Independent, powerful, wise, and a channel for the forces of the natural world.

So this Halloween season, take a moment of thought for The Witch. You might know one. You might be one. In fact, in the present climate it’s quite possible you may someday soon find that you need one.

Rolereboot.org – In Solidarity With Witches: How Powerful Women Are Still Persecuted

Huffingtonpost.com – How ‘Nasty Woman’ Became A Viral Call For Solidarity 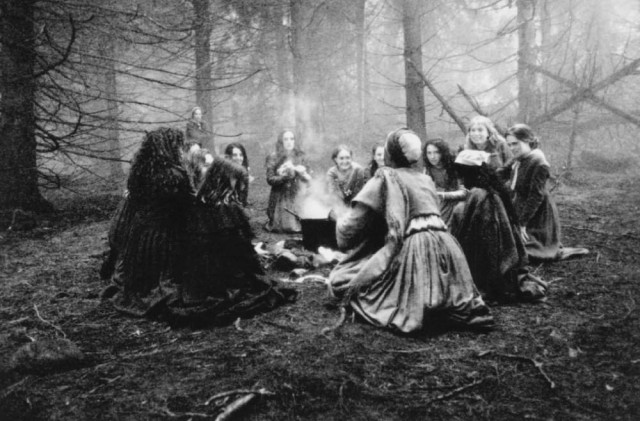 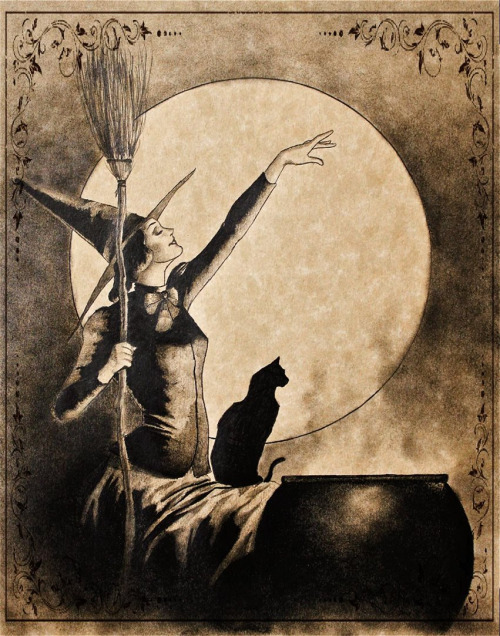 Tens of thousands of people paraded down NYC’s Fifth Avenue #OTD in 1915 in support of women’s suffrage. Women got the vote 5 years later. pic.twitter.com/N65jLT2FBO

The sexual harassment enterprise aka fake news Fox News & Russian trolls are at it again. The only harm I can cause Trump is impeachment.

Thank you to all who are turning your pain into action to protect other women & families. #BridesMarch #StopTheAbuse pic.twitter.com/0SBzP7s5uI

I’m committed to ensuring all women have the tools and resources they need to fight breast cancer. #BreastCancerAwarenessMonth pic.twitter.com/YoMzizkPRE

We can’t let POTUS’s complete indifference to truth become ours. Constant barrage may be exhausting, but normalizing it is too dangerous.

Even Republicans know that Pres. Trump is an embarrassment. But we need more than lip service from them. Words must be followed by deeds. https://t.co/DNCokRSzZD

We're remembering the incredible Rosa Parks, who died #OTD 12 years ago. We must all continue to resist injustice at every turn. pic.twitter.com/n3AuTGhQk2

After two years, I still believe Aliso Canyon should be shut down. Public safety must be our primary concern. https://t.co/mC2465IYfS

Trump Admin is bullying an unaccompanied minor, in their custody, trying to force her to give birth. #JusticeForJanehttps://t.co/7MmrKHs75m

Trump gave himself a 10/10 on Puerto Rico

Turn the sound on…