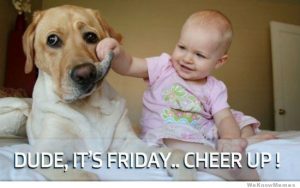 This is gonna probably be my last TGIF for the next month since I’m leaving for Colorado on Saturday morning. I might be able to sneak one in but I’m not sure what kind of itinerary my daughter has planned so to be safe lets just say I’m gonna be incognito for a month. I will be posting now and again though…Expect pics of the mountains…I’ll only be able to post any pics I take with my iPad since my Canon won’t interface with the iPad as far as I know, anyway.

Well, on to the fabulous news we got yesterday. Tad is in the house…I mean in the indictment and hopefully that means Bernie is fucked. Whether or not Bernie is actually charged with anything assumptions will abound so the optics will do enough damage to hopefully keep his big mouth shut. The less he says going forward will be to his advantage I believe.

To make change this year, don't just vote–volunteer. Commit to taking action in this year's midterms starting now, but especially on #TheLastWeekend when it matters most.https://t.co/Q72Bmx3ESB

Your vote is your voice. #WhenWeAllVote, we all do better. Register and volunteer at https://t.co/TgXnKAE7g8. pic.twitter.com/sYAxRGFNjd

Let me guess… Trump will just ignore these threatening actions by Putin this week…https://t.co/LGRQBRvn4E

The farther Mueller takes us into the election meddling, the larger the web gets. Putin peddled his influence throughout our country to over half of the Republicans in office. the corruption goes all the way to McConnell. It took time to do this, Trump was planned well before 16

Okay… that does it. I just spit wine all over my keyboard pic.twitter.com/frcBRaZfw4

If one young, principled Republican Senator stepped forward to lead the removal of Trump, history would judge him a hero and he’d be declared the “Savior of the GOP.”

Rosenstein walking through this now >> https://t.co/q3toYJlYri

Fuck you Tad…Putin’s got you too!

Sure sounds like Tad had a plan that he got straight from Vladdy.

Lots of reporting Devine was hired by Sanders for his campaign in Nov 2014. True. But it was months earlier, *in the spring of 2014,* that a "super organized" Devine played a key role in convincing a very reluctant Sanders to run in the Dem primary. 🤔https://t.co/U57TBjAOmp pic.twitter.com/c9o5PtcRvk

If just 2 GOP senators switched from R to Independent, and caucused w/ Dems, the the Senate would flip right now — and be a check on tyrant Trump. Flake, Corker, and McCain should follow the noble example of Jim Jeffords, and put nation above party. It's time to do this. Now.

Our new ad "Dictators," which will run in primetime tonight on Fox News, MSNBC and across digital platforms, highlights Trump's longstanding, disturbing admiration for authoritarians of all stripes, including Vladimir Putin, & reminds viewers that America is better than this. pic.twitter.com/BajC78zm6O

These are the three traitors that kept Hillary from her rightful place!

The name @BernieSanders did not appear on the ballot during the 2016 GE.
Yet a large share of the blame for Trump winning lies squarely on his shoulders, on the #BernieOrBust movement, & on the FOREIGN SUPPORT that kept his campaign alive for far too long.https://t.co/5ujtv4dKwy 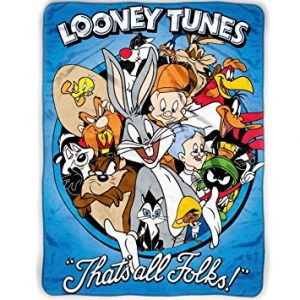