The Village News & Views August 9, 2017
Wednesday Get Over the Hump Free for All 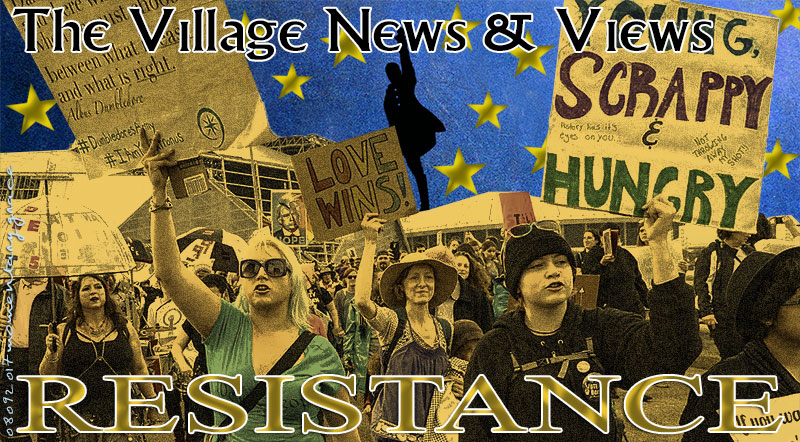 Greetings, Village Meese. It’s Day 202 of the Resistance and time for another Get Over the Hump post and discussion thread. Today the subject is music as political activism.

Music is ephemeral. For many of us, it expresses emotions that are sometimes hard to capture any other way. The right song can make us cry, help us laugh, give us courage to fight, show us the way to compassion.

Music and politics have been uneasy, but inevitable bedfellows for as long as both have existed. I’ve linked some articles below that offer some takes on pop music and modern politics, but today I am going to focus on two songs and their music videos in particular.

I’m going to start with something that remains to me one of the all time most significant acts of musical Resistance from the modern age.

Although music videos also have a longer history and considerable roots, the modern music video as we know it today was brought to its pinnacle (so far) and gained its farthest reach and perhaps most far-reaching influence during the eighties, and the nineties.

It’s far from unusual for individual artists and groups to take up political messages and themes for songs, and even albums (or whole careers), but during the eighties, the idea of many artists coming together to show solidarity for a cause and leverage their fans and their influence reached a milestone with the first MTV era song and music video, Band Aid’s Do They Know It’s Christmas, organized by Bob Geldof and Midge Ure in 1984.

Geldof in particular was no stranger to political activism, but DTKIC was, as Boy George said, “…more socially political than politically political.” A worthy cause, raising money for the victims of famine in Ethiopia, the lyrics call on Western pop music fans to be aware of the suffering of those in the third world, and to act.

DTKIC was primarily English and European artists. Inspired by the effort, activist and artist Harry Belefonte along with fundraiser Ken Kragen began contacting musicians in the US, and soon Michael Jackson and Lionel Richie collaborated to write the song We Are The World. United Support of Artists (USA) for Africa gathered for the same worthy cause, relief for victims of famine in Africa.

The following year saw Geldof and Ure up the ante with a live concert project, Live Aid; then Willie Nelson, John Mellenkamp and Neil Young used the format to produce a benefit concert to raise money and awareness for American farmers in danger of losing their farms to foreclosure, Farm Aid, which became an annual even up to the present day.

However in 1985 there was another effort, less charitable and far more specifically political.

Critical of Ronald Reagan’s policy of “constructive engagement”, Artists United Against Apartheid, the project of Steven Van Zandt and Arthur Baker, wasn’t a call for charitable relief. It was a clarion cry for awareness in direct opposition to the political system of segregation and oppression in South Africa.

What could musicians do to resist Apartheid when Western governments (including ours) were not taking strong stands?

Little Steven and his allies decided that they could vote with their choice of venue, “… to declare that all the artists involved would refuse any and all offers to perform at Sun City, a resort which was located within the bantustan of Bophuthatswana, one of a number of internationally unrecognized states created by the South African government to forcibly relocate its black population.” (credit Wikipedia article Sun City (song) linked below)

The fabulous resorts of Sun City catered to the wealthy, mostly white denizens of Europe and America, and would pay top dollar for popular music acts.

Refusing to play and thereby countenance the situation was the musicians putting their livelihoods where their political and social consciousness was.

But far more important, the song and the music video were created to inform and provoke awareness in the minds of the fans of the participating artists, with the hope that those so awoken would make political decisions expressing opposition to the South African policy.

It only reached #38 on the Billboard charts, and was only played on about half of the radio stations in the US (banned due to the controversial open criticism of Reagan’s policy from others) – still an amazing feat. But I dare say for every ten people who remember or recognize We Are the World, there might be one, or less, who know Sun City.

Which is a pity. The song is amazing, and the video gives me chills to this day. The artists involved overflowed with so much energy and inspiration that what started as one song became an album, as incredible and haunting as the title track.

In the intervening time since 1985 I do not recall any similar efforts, which probably says more about me than the music industry. I’m not talking about individual artists or groups making a statement, but the effort on the part of a gathered group, and if I have missed one, or more, I look forward to learning about it in the comments.

I can, however say that in 2017, I’ve seen and heard a song and video that can stand proudly next to Sun City, which takes on one of the primary causes of the Resistance. More on that below.

Meanwhile, if you haven’t seen or heard it, experience Sun City. And if you think the cause it addresses is history, look, and listen, again. To my mind, at least, it stands up, and points four fingers back at this country, for those who are willing to see, and hear.

Oh and one more thing – trigger warning, some of the images are violent. Not many, but they used actual news footage and the history of racial oppression is what it is. And yes, that initial haunting trumpet line is Miles Davis.

Wikipedia: We Are The World

Welcome To #WokePop – The Era Of Political Pop Music 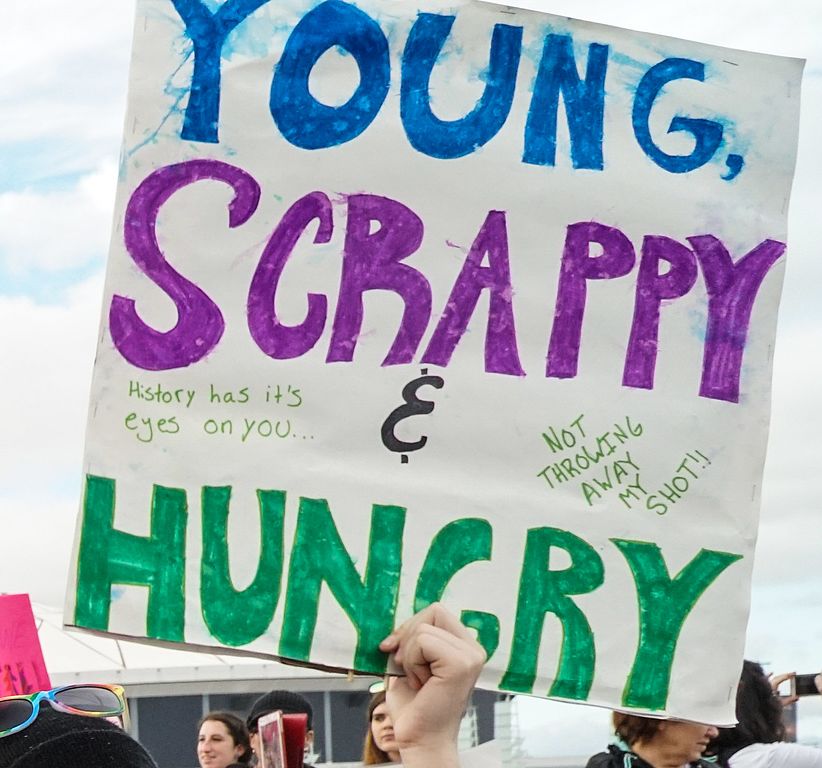 And now for the second of our two featured acts of musical Resistance.

From the moment on Friday November 16th when the cast stood on stage to personally address Mike Pence at the close of the performance, Lin-Manuel Miranda‘s Hamilton has been an acknowledged soundtrack and mascot for the Resistance.

On June 26th, Miranda released a video from the Mixtape for the song Immigrants (We Get The Job Done).

The inspiration might be historical, but the message could not be more honed for now.

Though far more polished, the fact that this song and video incorporate the efforts of a diverse group of artists and take the context of the song from the time of Alexander Hamilton directly into the present of the racist and anti-immigrant agenda of Donald Trump makes it a worthy successor to the incredible power of Artists United Against Apartheid’s Sun City.

If you’ve seen it, you know. If you haven’t, hang on to your seat.

Salon.com: “Hamilton’s” “Immigrants (We Get the Job Done)” is the video Trump needs to see

Honoured to be part of this track and to see it get nominated for a VMA. Behind the scenes video –> https://t.co/Ikg1UR9evC

#15ContraSB4 teens danced to “Immigrants (We Get the Job Done)” from Lin Manuel-Miranda’s Hamilton mixtape before meeting Texas lawmakers. pic.twitter.com/JRLFL9MFCp

Immigrants, they get the job done in amazing new "Hamilton Mixtape" video https://t.co/u6L0GVV9Bd via @HuffPostArts

And in other news…

Daily Equality: @ladygaga gives @realDonaldTrump a piece of her mind, karma catches up to Martin Shkreli & all eyes remain on the #TxLege. pic.twitter.com/0SM2mDWVm7

Do all the good you can, for all the people you can, in all the ways you can, as long as ever you can. https://t.co/8ZI9Vkwy2M

Paypal is canceling white supremacists' accounts and the alt-right is pissed https://t.co/C6B34Vf9n9

Courage is the ability to channel fear into hopeful action. It is only through action that we may then divine purpose from our suffering.